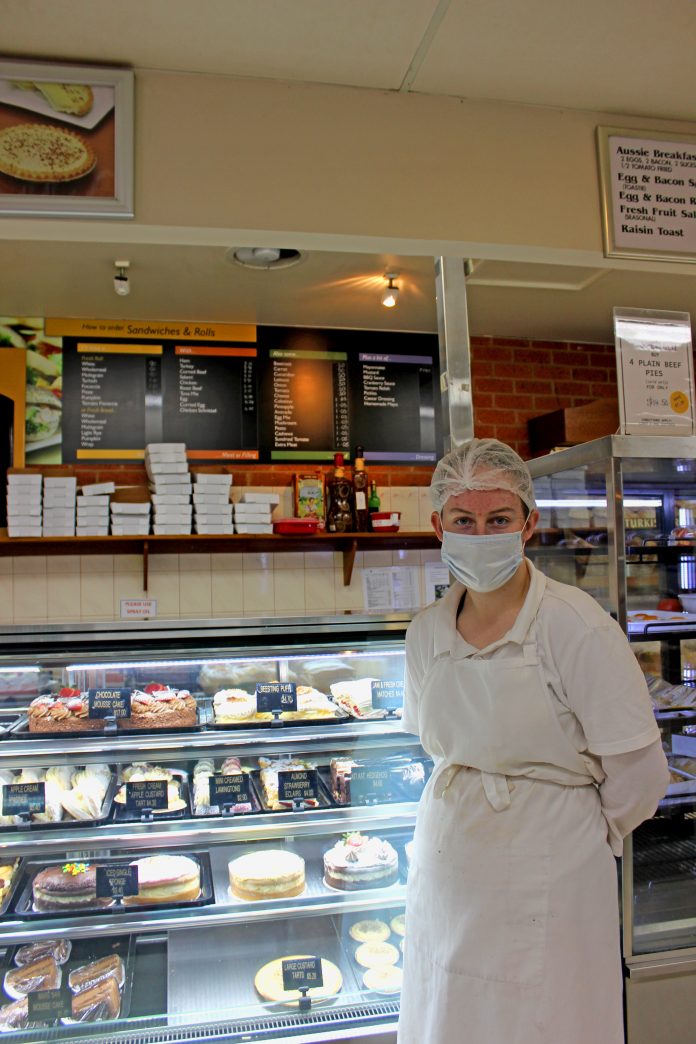 You may have caught a glimpse of Maxine Campbell in the back room at Eaglehawk Bakery as she busily tends to the scrumptious cakes and savouries that are produced there every day. Maxine is completing her fourth year as an apprentice baker, and has loved every minute of  her journey.

Would you rather work in an office or a bakery surrounded by
yummy cakes and savouries?

A graduate from Eaglehawk Secondary College, Maxine, a community minded person, is well known around the local community. During her final year at ESC she was the Grieve Community Leader and always made herself available to lend a helping hand wherever she could.

In 2018 when Maxine was half way through Year 10  she applied for work experience at Eaglehawk Bakery.  As fate would have it, the manager read her application and interviewed her for a casual service position in which she was successful. Maxine was ecstatic about gaining the position and went on to complete work experience which gave her a taste of what it was all about. During this time she was able to gain an insight into how the delicious foods were produced.

One of her supervisors, Peter, noticed that she had performed especially well. He discussed this with the mangers and they hired her as an apprentice baker.

Maxine was determined to finish her schooling!

At this point in time, Maxine still had six months remaining of  school and she was determined to finish the year. With a lot of motivation and willpower, she managed to work five days a week at the bakery from 3:00am until 10:30am and then attend school for the rest of the day.

Some of her old  teachers agree that she occasionally would doze off in class – can you blame her? Despite her exhaustion she successfully completed her final year of schooling. When asking Maxine how she survived six months of a full-time apprenticeship and Year 10, with very little sleep, she answered: ‘lollies and Gatorade.’

Maxine is loving being an apprentice baker!

Maxine is now completing her fourth year of the apprenticeship and is still absolutely loving what she does. She works as part of a team alongside three other apprentices and other bakery staff.

“My favourite things about being a baker are learning how to create so many new and delicious breads, cakes and pastry items, while being able to start early and then having the rest of the day to myself. My least favourite thing is cleaning – and there is a lot of it!”

Maxine said that one of the most memorable days of her apprenticeship was when one of her co-workers, Chelsea, showed her how to make the bakery’s famous vanilla slice! Maxine now makes them every day.

“My advice for anyone who is considering being an apprentice baker is to just go to your local bakery, put in your resume and give it a go”