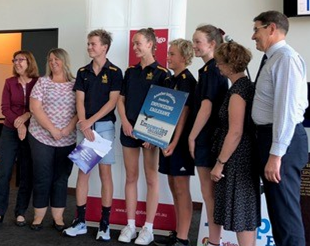 There are some secrets in life that build personal happiness.  One of them is a Rotary motto, ‘Service before Self’

Around twenty years ago, the Eaglehawk Rotary Club embarked on a youth project, led by Howard Osborne and other members. A meeting was held with students at Eaglehawk Secondary College asking them to come up with a project. Emphatically they said they needed a skate park. Rotary brought in experts who worked with the young students to design the facility. Over the years a strong partnership developed between the students, Rotary, local businesses, community leaders, the State Government and Council to
bring the McKern Skate Park to fruition which was opened at a cost of over $500,000.

‘Never do anything alone’

When Rotary was contacted by Bendigo Bank in 2005 to request they form a partnership with the 3556 Community to create a Foundation where it would contribute funds based on customer deposits and loans, locals jumped at the opportunity. The challenge was to get existing and new customers of Bendigo Bank to link their accounts with the new enterprise and it did not cost the customer a cent, just the time to say “I want to be a part of this”. It provided an avenue to financially support local community organisations without all the fund raising activities. It meant the local community could start planning for a $10 million redevelopment of the Canterbury Park Precinct. A dream for the previous 30 years revived.

In 2006 Empowering Eaglehawk was born with community members Ross Mitchell, Noel Claridge, Tricia Spence, Brian Davey, Mary Preston, Gordon and Michael McKern, Peter Krenz, Peter Cox, Nadia McComb and Phil Kerr. It was strongly supported by Bendigo Bank staff. Michael McKern went on to chair the Foundation for eleven years and is still on the committee.  Among those names is a third secret. Nadia McComb was a Year 9 student and with the support of former ESC Principal Noel Claridge.  Each year more and more students joined the committee, including Emma Lewis who became Vice President and Aimee Croft who is the current President.

The secret- the enthusiasm and vitality of young people with their fresh ideas influenced the older members of the committee.

By 2021 Empowering Eaglehawk has raised over $1million dollars from partners, Bendigo Bank (by far being the major contributor), Bendigo Telco, EverGreen Waters and IGA. It has been a success story for Bendigo Bank who now have over 64% of Eaglehawk banking with them.

Thanks must go to the most important link in the chain—the local 3556 residents, businesses and community organisations for supporting Bendigo Bank who employ over a thousand people in the Bendigo community.

More importantly, through the support of partners and all levels of government, the $10million redevelopment of the Canterbury Gardens Precinct has nearly been completed with the sound shell and amphitheater in the Council budget to be finalised.

From a humble survey asking students what their needs were in 2000 a lot was learnt. Perhaps another secret- Make a special effort to visit
Bendigo Bank, Bendigo Telco and Eaglehawk IGA and ask them to link your account to Empowering Eaglehawk.

You never know what it might mean for the 3556 community. 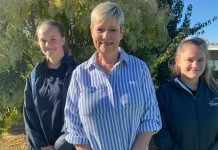