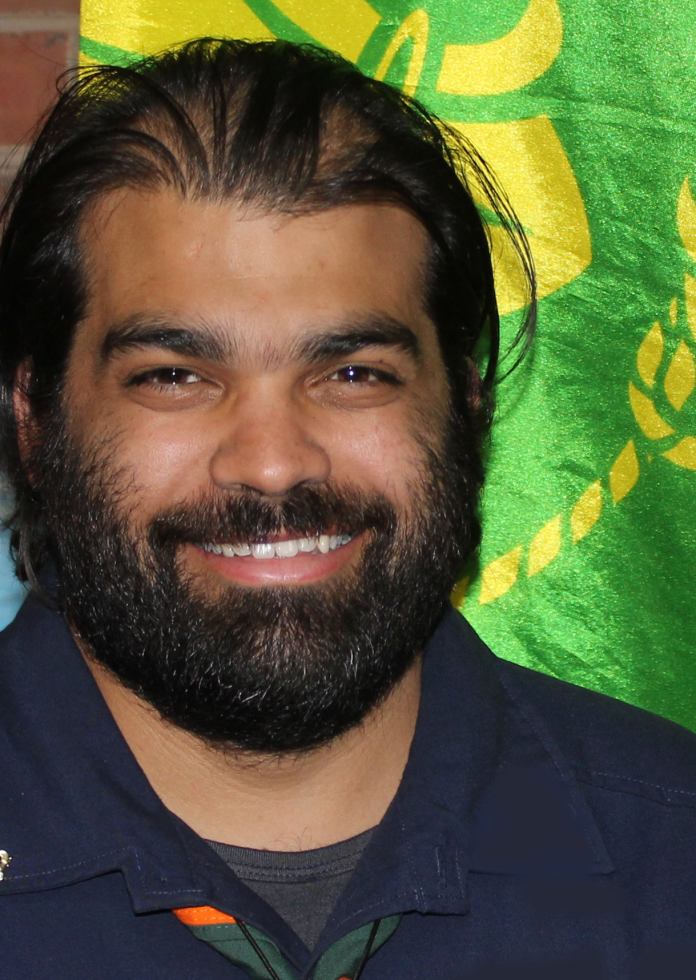 Dan Cliff has been involved with the scouts for over 25 years as both a youth member and a leader. ESC students, Daniel and Samantha interviewed Dan to find out more about his remarkable commitment.

What made you join Scouts?

Dan’s brother lasted a few years as a youth member, however, Dan laughs, “I have lasted a lifetime”.

Dan spent his youth in Sydney which led him into leadership across a few scout groups until eventually he came to 1st Eaglehawk Scout Group. He has  been in the Bendigo district with Eaglehawk now for six  years.

At what point did you go for higher leadership roles?

“I started out as an assistant group leader to later become a Group Leader”.

“I found that I really settled into a nice routine and then got more involved with the district.  I wanted to be able to support scouting more broadly than just here at Eaglehawk”.

“During Covid I interviewed for the position of District Commissioner and was able to become the new District Commissioner for Bendigo. Midway through the second lockdown I was approached by state to look after region which is all of Loddon-Mallee scouts from here all the way up through Swan Hill and Mildura”.

What do these roles involve?

“It is an advisory support role for our leaders. Our role is to support the adult leaders of the scout halls to deliver the youth programs. We provide assistance to groups when needed and we also are a signature on quite a lot of forms that go out to parents”.

How do you manage all of this on top of your full-time job?

Tell us about your many roles

What do you get out of all this?

The scouting association gave me so much as a kid.  Scouting was there for me during a really tough time in my life and was able to support me through some really bad times. I stick around to give back and pay it forward. This is not a paid job, but leaders do this for the love of the job. Mentoring and supporting youth members through their own journeys of self-discovery into their own adult years”.