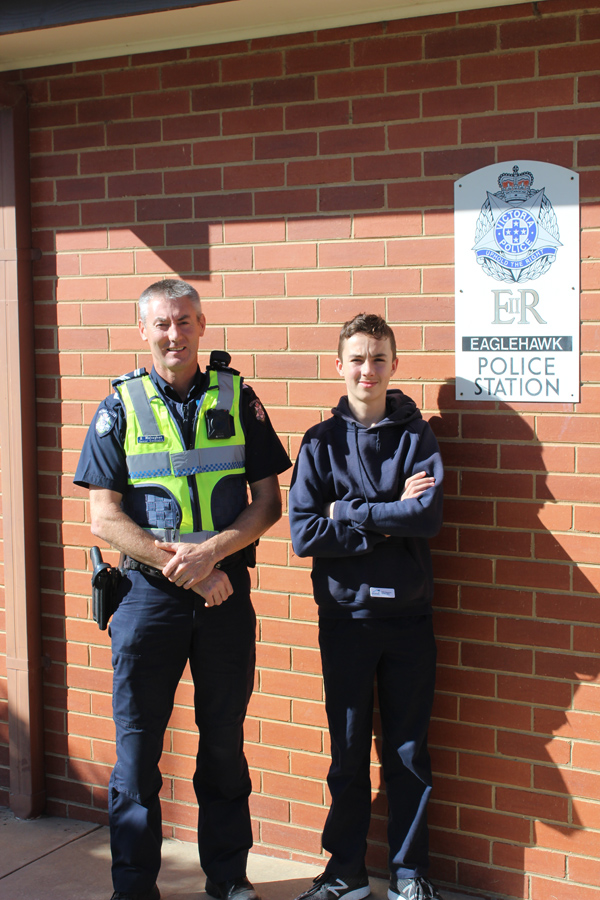 Leading Senior Constable Bernard Monaghan is the man who was nice enough to give away some of his busy time to tell everyone about the Eaglehawk police station and what they all do for Eaglehawk.

If you didn’t know already, the Eaglehawk police station is located in a house very close to the main street of Eaglehawk! The police at Eaglehawk station work the same hours as most people too (don’t worry though, Bendigo station does help when Eaglehawk can’t) and the house that they are in has only been there for around 35 years. The wooden jail cell (known as the Log Lock Up), the one behind Star Cinema, was once part of the original police station in Eaglehawk on Brazier street and was used to lock up people who did the wrong thing on the goldfields. 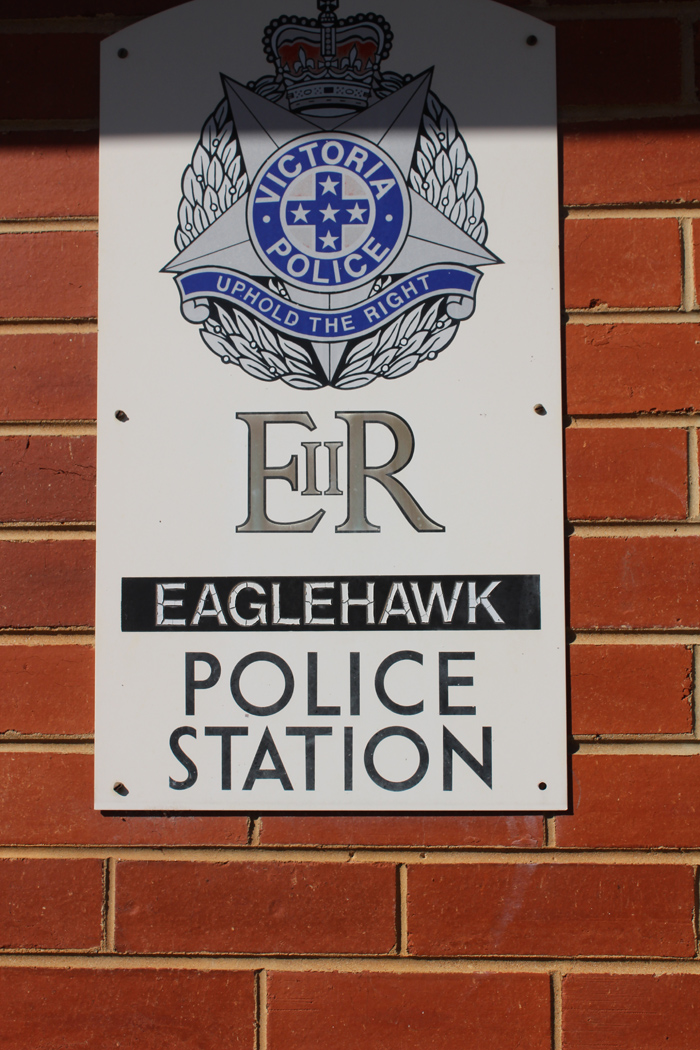 Our Eaglehawk police have been protecting us all for more than 50 years and the log lock up has been a solitary cell for nearly 200 years! That original log lock up, since 1858, was the main way of keeping order back in the day, as there was nowhere near as many people that were willing to be police officers. This is one of the things that a lot of us take for granted, the people that are willing to protect us with their own life.

One of the main things that current Eaglehawk police are doing, is following up on any intervention orders to keep families as safe as possible or there may be a warrant for arrest they need to act on or if something happened anywhere in Australia, which had witnesses that live in Bendigo, then they would go and find out what is going on. 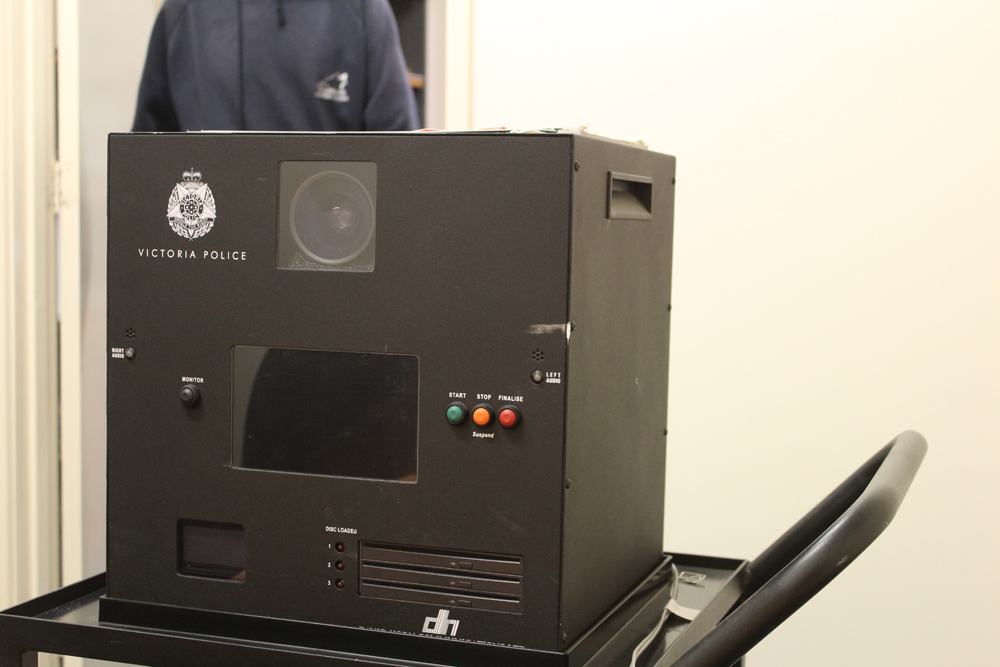 This machine to the right records interviews with persons of interest in any case. There are 3 discs they record on; one for the court, one for the interviewee and one for the station.

If you know someone who might want to be a part of the Police force, whether they’re fit or not they can join; there isn’t any need to work out, but it is unlikely for you to see a police officer that isn’t in sharp and pristine shape as they choose to be healthy.