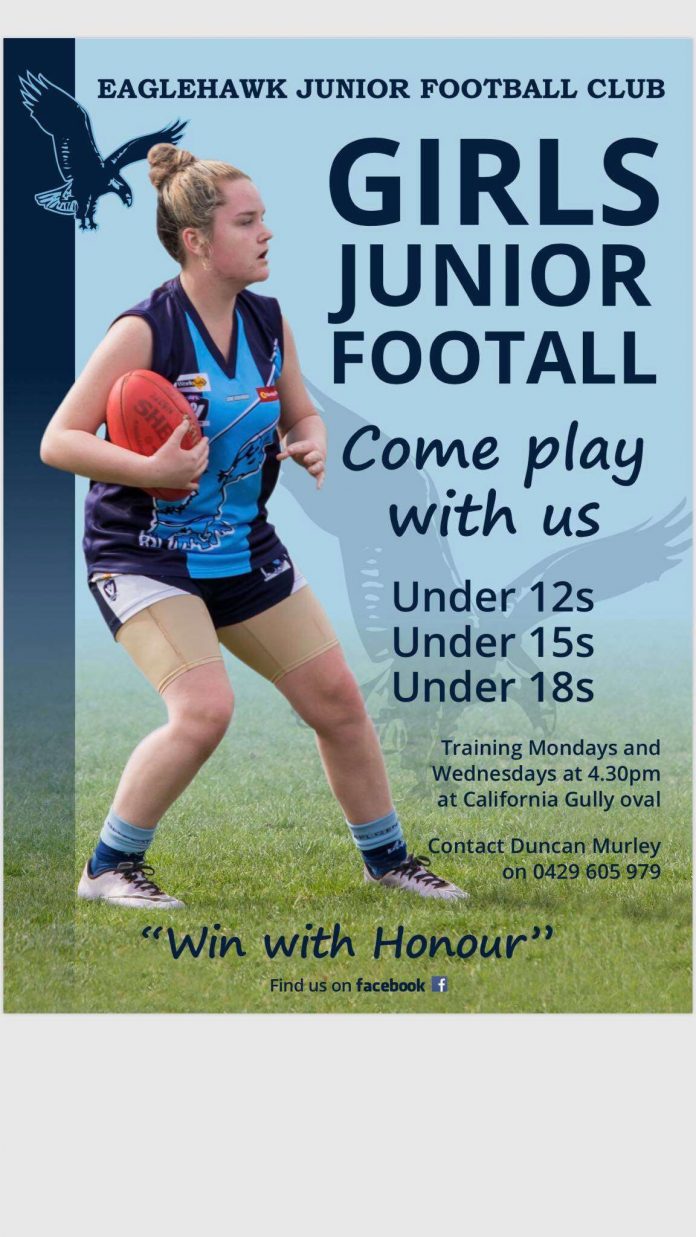 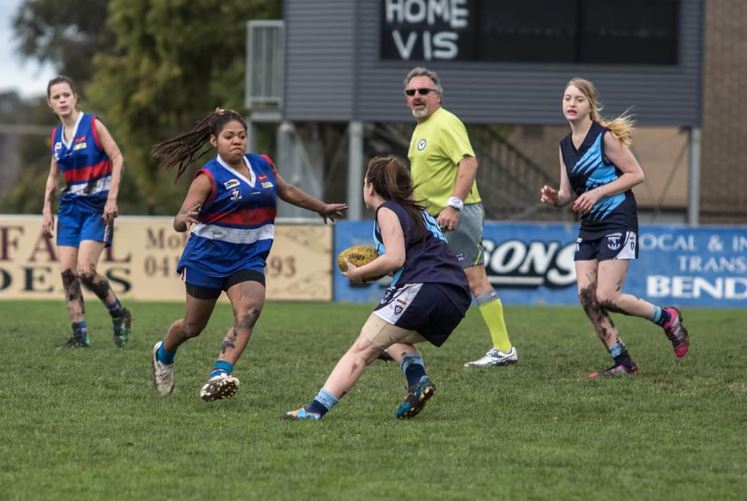 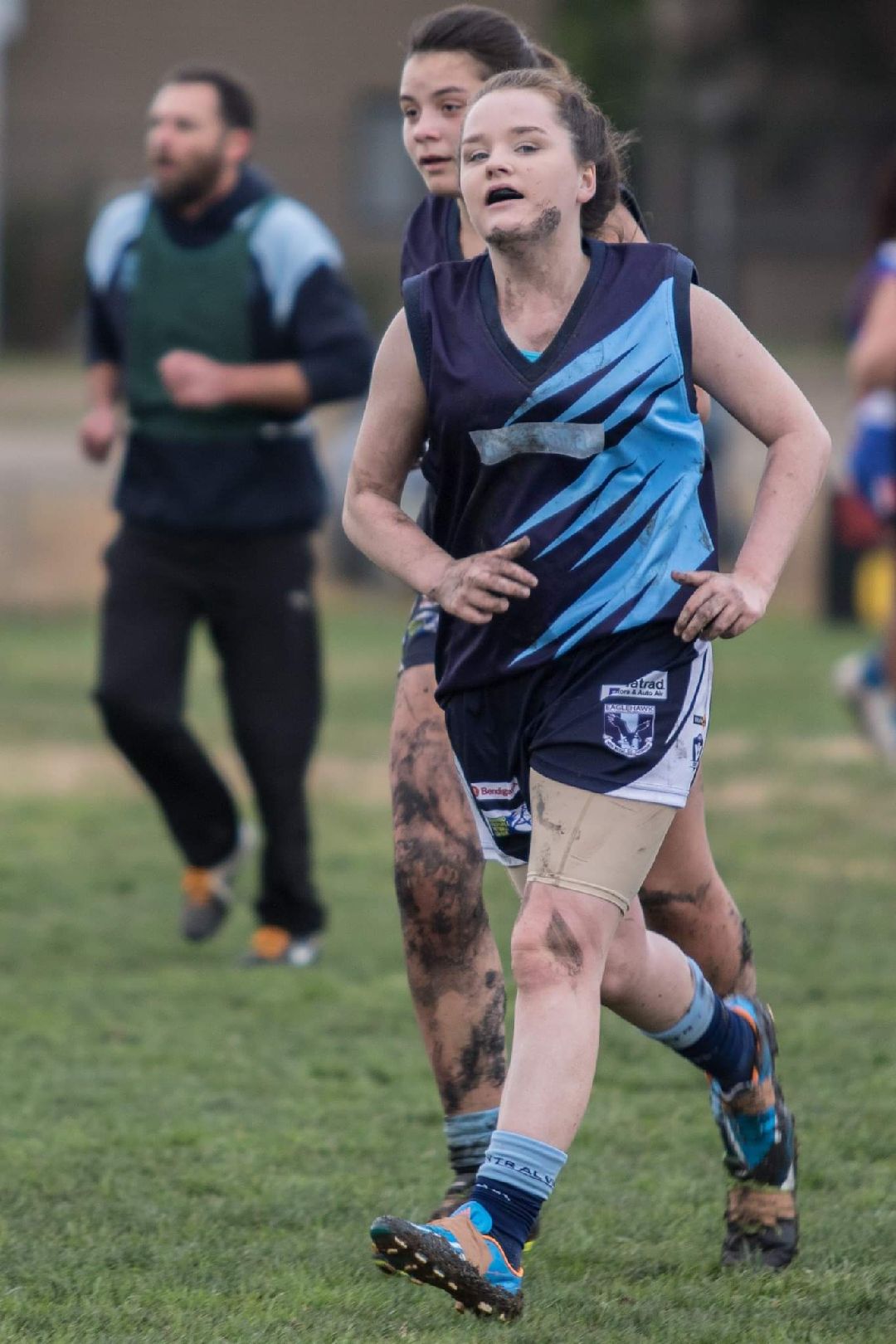 Milly met with Alyssa Bodilly, who is senior woman’s football player for Eaglehawk Football Club. She loves to encourage other girls who love football but are scared to be judged while playing. She is big in making our community bigger and stronger in all areas.

In the future what would you want to do with football?
When the time comes or an opportunity is given I would like to participate in the AFLW Competition.

How many goals have you kicked in your football career? I have kicked at least 10 goals. I haven’t really been a forward player until my Coach puts me in there. But if I get the opportunity to kick it I give it a go.

How would you encourage girls to play?
I would encourage them to do their best, everyone is at different levels and no one is perfect. I would give them advice about how to go about certain things, it’s also good to include friendships within the team. Playing is always about how fun it is. Basically to give it a shot, and love it.

What’s your favrioute position to play on the field? I love every position, mostly rover. But I love being in back pocket defending people from kicking goals.

What are some of the highlights of your football career so far?
Every year of the past 5/6 years have been a highlight, being a coach, captain for 2 years has been a big opportunity.

Can you win awards in women’s football at the end of the year?
Yes, there are plenty of awards given out at the end of the year. Best and Fairest, Runners up, Encouragement, Most Disciplined, Coach’s award, etc. These are won each game. But the Under 12 girls don’t seem to get that opportunity and I’m hoping that changes.

How long have you been playing footy?
This year will be my 6th year with Eaglehawk.

What do you think the community could do to help women’s football?
Definitely putting more effort into the Women’s football. Many girls don’t get the opportunity for Trophies at the end of the season. But schools should encourage football. Even posters should be advertised around town.

All girls who want to play football I encourage you to sign up. All the women and young girls will support you and be there beside you through the amazing journey of football.