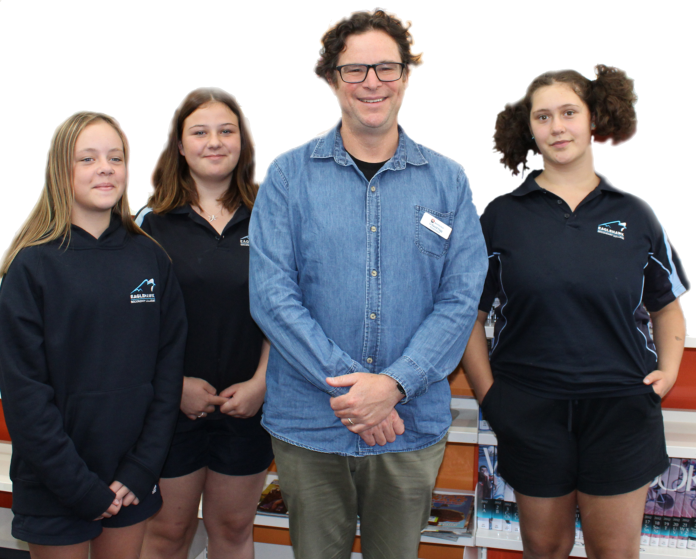 Levity, Eva and Paige caught up with Councillor Dave Fagg to find out how he is finding his new role since being elected last November.

Dave feels that it’s like going from primary school to high school when
suddenly you have to learn a whole lot of new things  that you haven’t come across before.  And lots of reading.

“The other councilllors are really good value.  Everyone’s there because they want the best for Bendigo which is great”.

“I feel like I’ve settled in pretty well, there’s lots of stuff to learn”

Dave sees the highlights as going out and talking to people who aren’t on council and asking them what they want for Bendigo.

We asked Dave about the decision making process.

“Essentially, if there’s a decision to be made it will come before the nine councillors. We discuss it and debate it at a monthly meeting and then vote on it”.  “Sometimes agreement is not always reached. The issue may be discussed beforehand to try and understand it in more depth.  But still, even then, even when we’ve got all the information, people still disagree.  And that’s part of being in a democracy—people have different viewpoints”.