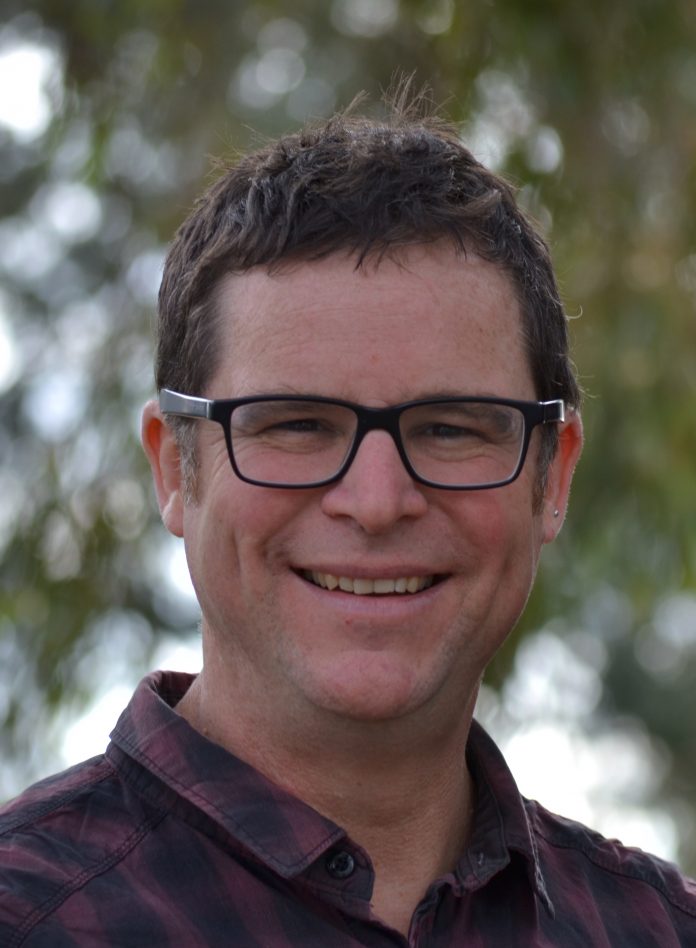 Newly elected councillor for the Whipstick Ward, Dave Fagg, talks about his passion for community life and fostering a love and ownership of where we live.

One of the things that people often ask Dave is why did he run for council in the first place. “if you want to have a strong and healthy community you’ve got to have people who get involved”. “Although people are involved in all kinds of community things such as Empowering Eaglehawk, sporting clubs and hobby clubs, the one area that people often shy away from is putting their hand up for local council”. Dave would like to see people who are enthusiastic about their community become involved in their local council.

“I’ve been involved in the Eaglehawk and Long Gully communities for the last fifteen years, so I thought I could bring that experience into local government.”

Dave is passionate about young people. He’s been a high school teacher at Eaglehawk Secondary College, and also a youth worker for a long time, He really wants to see young people grow and develop and get involved in our city. One of the other things that Dave is passionate about is making sure that we don’t just focus on the centre of Bendigo and ensure our suburbs and little towns where people live keep being places where we all want to live. Places like Eaglehawk, Epsom, Woodvale, Raywood and Elmore for example. We need to maintain the parks and surrounds, and encourage businesses in those places.

“They shouldn’t be just places where people sleep and reside. They need to be places where people live, work, and play sport and get involved in the community.” Currently Dave is attending lots of meetings with the other councillors so that they can get to know each other and learn more about how council works and what the role of a councillor is. “I knew what the role of a councillor was in general terms, but now that I’m in there, I have to get to know all the details…all the ins and outs of how council meetings run, who to talk to when I have a question and if I’ve got a new idea that I want to get up and going…how do I go about doing that. All of that stuff, I don’t know because I haven’t done it before so its really a steep learning curve.”

This is the first time I’ve run and I’ve been elected on my first crack at it which was pretty surprising. I’m really glad about that and I’m looking forward to it.”

Dave had thought about running for council about four years ago but it just wasn’t the right time with his family. He’s the father of two young kids and he felt that it just wasn’t the right time when it came to family and work and other things in life. But this time around, he thought that it was the right time to do it. “it’s something that I’ve always wanted to try and I think I was ready in the other work that I was doing to take a different direction. I believe that being in council means I can have an impact at a higher level than what I was doing before.”

We asked Dave where he thought things would be at the end of his term in four years time. “What I’m really hoping is for Bendigo to come out stronger after Covid19. Lots of people and businesses, have been out of work. Tourism businesses have been hit hard, as has hospitality. And lots of young people with kids have struggled with remote learning., I think its going to take a couple of years for us to get back to any sense of normality, particularly economically. But one of the things I think might be a real strength, and something that we’ve all learnt out of the pandemic is that we all really value the little places that we live.” “When we were restricted to just being in our homes or just being able to go for a walk around our neighbourhood, we realised that having close relationships with people in our neighbourhood and having neighbourhoods that are great places to be in is actually really important. When you can’t go and travel to another part of the state or you can’t go and travel interstate or overseas, you realise that you want your neighbourhood to be a great place.”

Dave’s hoping to keep that focus— ensuring that we invest in our neighbourhoods. So in four years time the open spaces in our neighbourhoods may be a whole lot better. The small pieces of mining land that are scattered around the place may actually be places we can develop and beautify into areas that people will want to spend their time.