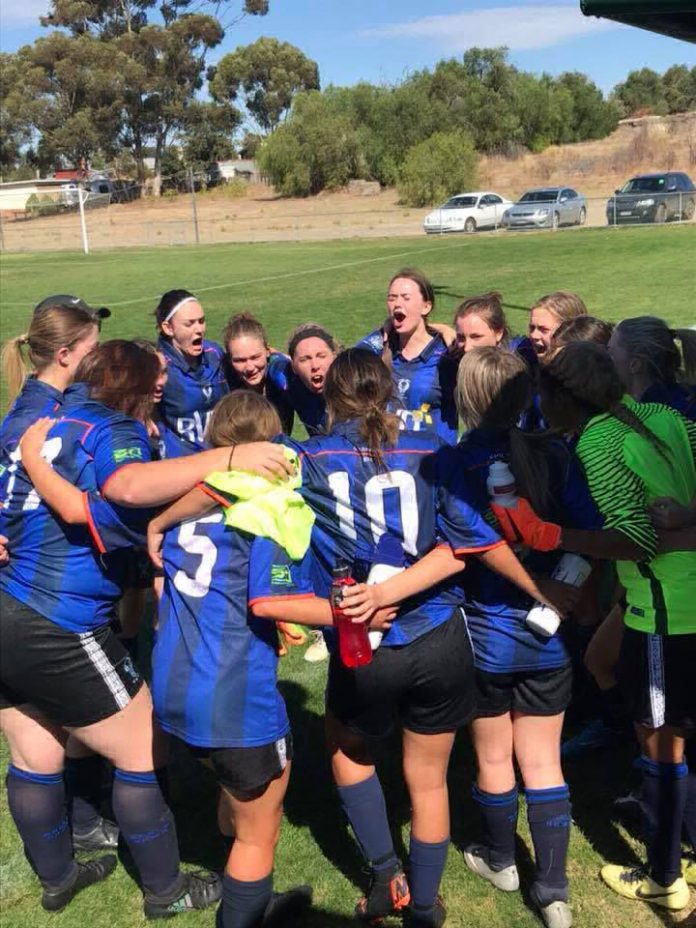 How long have you been playing at FC Eaglehawk?
For Eaglehawk I started in under 13s when I was twelve and
I’m twenty-seven turning twenty-eight thing year so for 16 years this year.
What does it feel like to be a captain at such a successful club?
It’s a pretty big honour to be the captain who’s played for so long, all my close friends and family have played at the club so to be the captain of the club with such proud history it’s a big honour.

How do you stay motivated to continue the club’s success?
By finding new challenges and setting goals that are different to what has been achieved previously. Identifying areas for improvement and innovating game styles/patterns of play can provide endless sources of motivation as well as finding new things that the club has not achieved.

How do you train?
On a Tuesday night I am mostly working with the women’s team and then on a Thursday the senior men’s teams. We work on a lot of passing and control drills and then finish off with some shooting drills and a game. In these games we work on positional strategy and match day plans.

How do you combine playing in the seniors as well as coaching the women’s?
I’ve always wanted to be coach so I really enjoyed that side of it and teaching the all the women’s team members young and old about the game and helping them learn new skills. Then on the playing side of it, it’s really good and I also really enjoy it so that helps and with it being such a family orientated club, it really helps as well. With a new family member, having a family orientated club makes life a lot easier.

What do you do to prepare for a match on game day?
First off on a game day I arrive at the club at around eight-thirty to nine o’clock in the morning to help set up the ground for the women’s, then coaching the women’s side helps me relax and calm down. After the women’s game I’ll see the striker I’m up against, get a massage from the trainer, listen to some music with the team and that’s about it. 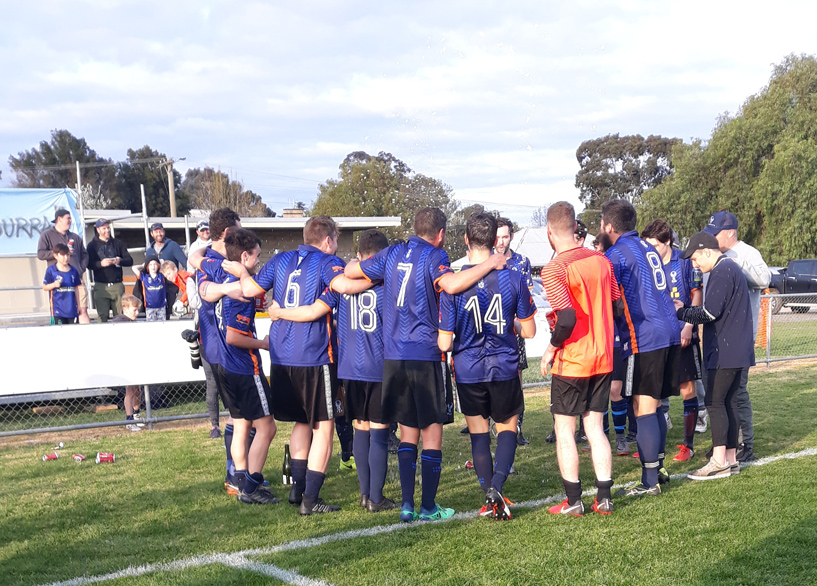 Ava’s experience of the Club:
Personally, I have only been playing competitive soccer for 1 year, I played in under 12s last year and I got along with my team and coach straight away. My under 12s team made it through to the finals and then to the grand final. Although we didn’t win the grand final we’d come a long way and we were proud of the result because we enjoyed ourselves and we had never all played as a team before. At the end of season awards, I was awarded the Coaches Award for my play and the development of my skills throughout the season.

Not only did I get to play for the under 12s, I had the opportunity to play for the senior women’s team half way through the season along with a few other girls. We played with and against adults. They were tougher and great players overall so the younger kids playing had to be at the right level physically & mentally. Playing in the women’s team was a great experience and it bettered me as a player & person. I also managed to get 2 votes in the Bendigo Amateur Soccer League Women’s Division Best & Fairest, which was my second game in the Women’s and first game in goals. I kept a clean sheet on my goalkeeping debut, something that not even my father did.

In general, I play defence and goalkeeper but there are a range of different positions for people who’d like to take up the sport. The great thing is you don’t have to have played soccer since you were young. I started late and I picked everything up almost straight. there are also plenty of soccer/football players that started late and are now playing at a professional level. To be able to become a great player you need to train hard and have fun. FC Eaglehawk is in my opinion a very friendly and supportive club. Everyone around you will be willing to help out. The kids will always have other kids to kick the ball around with. You always have fun win or lose. The coaches are encouraging and your teammates become your best friends.