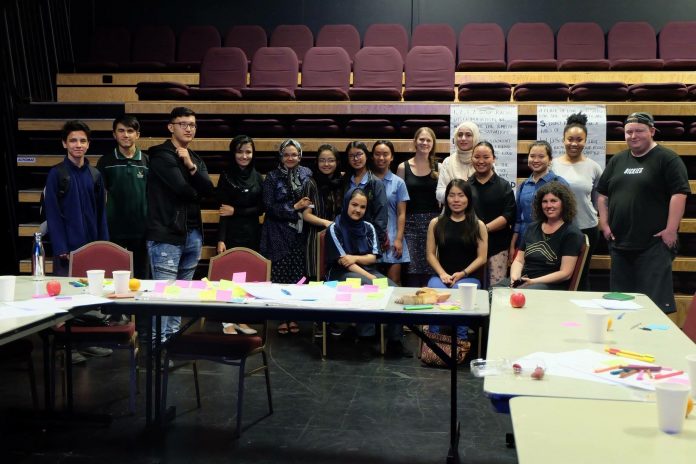 How was it, was it fun?
At first I wonder how it gonna be and who the people will be, but when I got there was nice people, and they’re the same age as me. We had pretty much fun.

How long did it take?
I have to go there on Monday and Tuesday after school. First day it took three hours and the second day it took one and half hours.

What did you talk about?
There was different topic and we separated to three groups. Each group was support to talk about one topics and my group talk about what is missing and what could be more done.’

Where was it held?
In first day it was in Bendigo Art gallery and the second day was in La Trobe Art Institute.

Did you learn anything?
I got the chance to know new people and share our ideas, and to communicate with each other.