On Saturday 29 October the Bendigo Blitz BMX Club hosted its first open meet, ‘The Bendigo Gold Rush’ on its new and improved track. These improvements include a new five metre high start hill – double the height of the previous one – a new barrel gate for safety, upgraded jumps in the first straight & a new first berm. The improvements are all part of stage one of upgrades that have taken place since the May closure of the track.

105 riders; boys, girls, men & women aged four to 54 attended the day. This included 2016 Rio Olympian Bodie Turner from the Knox BMX Club in Melbourne. Eighteen mini wheelers & sprockets (four to eight years) managed the track well and enjoyed the experience. All went home with a showbag (which included a copy of 3556Magazine). The older riders commented that the track was challenging but enjoyable.

The club is lucky enough to have the support of many local sponsors and thanks them all for their continued support. Over the past few months, the club has received enormous help from the City ofGreater Bendigo & Empowering Eaglehawk to make these new facilities a reality. The club is very grateful for the assistance and is looking forward to further upgrades to the canteen & toilet facilities in the next 12 months as part of stage 2 of the council’s project.

On Fri 14 Oct The Victorian Schools Cycling Championship – BMX series was held at the new track. It was a magnificent day of great competition with Novice and Licensed riders alike competing for the State Final medals and VSCC Series jerseys. Schools came from far and wide to compete with over fifty students participating in various categories.

The Bendigo Blitz BMX Club holds gate practice every Tuesday 5:30 to 7:30pm at 146 Victoria St, Eaglehawk. All newcomers welcome. You can try the sport out with a 4 month introductory membership for $40.60. We can be contacted via Facebook or e-mail; bendigobmx@hotmail.com 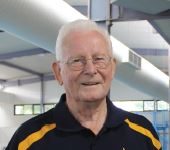 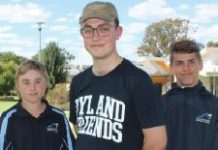 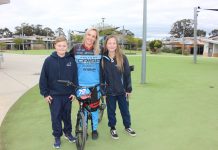