Home Blog Is this a family member of yours?
Facebook 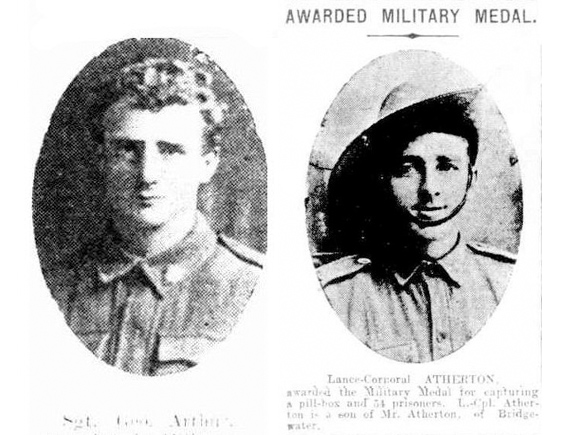 Every year around the time of Anzac Day and then again near Rememberance Day lots of images and words fill screens and pages about the people who made the ultimate sacrifice for their country during one of the wars Australia served in.

For many in our local community the people we remember are direct relatives and the names are ones we still hear in Eaglehawk and the wider 3556 area.

We hope to – with details and images the Eaglehawk Historical Society has sourced as it has painstakingly recorded the service involvement of people in our region – share some snippets of the past: 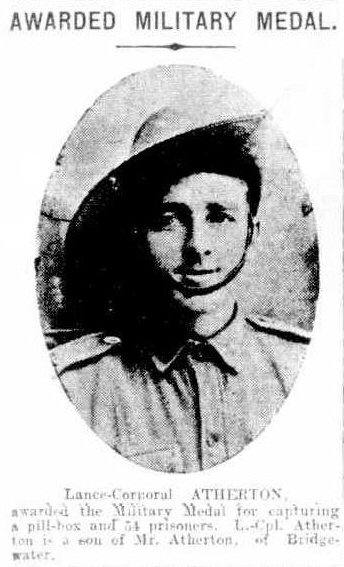 The Bendigo Independent Saturday 16 September 1916 p 7 Article
WOUNDED. PTE. H. W. ATHERTON.
Notification was received by Mrs. R. Atherton, of Mt Korong road, Ironbark, yesterday, that her second son, Private, Harold W. Atherton, had been wounded in the fighting in France.Pte. Atherton, who is only 19 years of age, left Australia on February 19, 1915, with the 5 Battalion, and served almost throughout the Gallipoli campaign. He was present at the evacuation, and left with the same battalion for France. Prior to enlisting he was employed at the Hercules and Energetic battery, and
was a prominent junior footballer, having played with the Park View and Buckley street clubs. Another brother, L.-Cpl. S. Atherton, is also serving with the Australians in France. 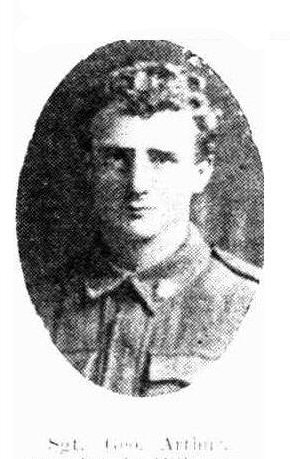 Awarded the Military Medal – Awarded the Military Medal – ‘During the advance from Broodseinde on 9th October, 1917, this N.C.O.’s Company was held up by an enemy machine gun in Daisy Wood. He secured a position for his Lewis Gun, and eventually succeeded in silencing the enemy gun, thus enabling his Company to go forward and establish on the objective. Later in the day he was again successful in silencing a gun in BUSY WOOD, in which was a nest of the enemy which had been playing havoc with our troops while advancing and consolidating. He collected ammunition from the killed and wounded as he moved forward and was so enabled to keep his gun in action throughout the day without having to send back for supplies.’

With huge thanks to Bev from EHS for all her assistance!