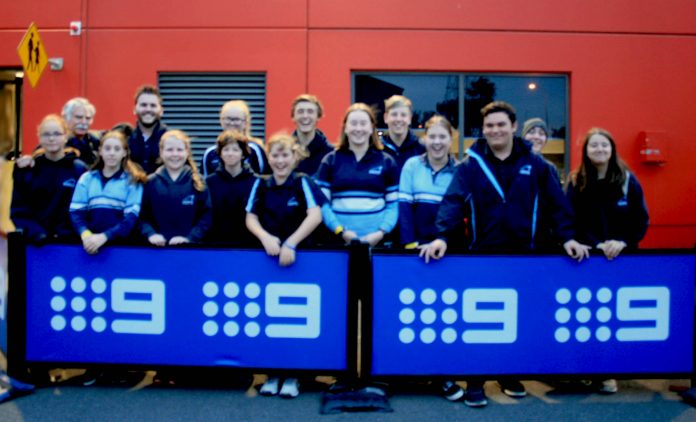 On Tuesday 30th April, fourteen students were lucky enough to travel to Channel 9 studios in Melbourne to view the taping of “Who Wants to be a Millionaire Hot Seat”. This was for student leaders and SRC members. I was one of the students who participated in the excursion.

After an early start, we got to Melbourne and travelled to the Docklands where Channel 9 studios are located. We had access to behind the scenes recording procedures, before becoming members of the audience ourselves.

We were involved in 6 tapings of the show and it was really interesting to see the production that went into making it happen. When mistakes were made it was impressive to see how fast things were corrected and the way that momentum was kept high.

After three tapings, we went outside for lunch, which was provided. We then took part in the last tapings. As crowd members we were given important information and instructions. Though the show appears very natural on TV, much of the atmosphere which the crowd provided was manufactured and directed by studio coordinators. This included clapping at certain times when prompted, cheering, offering gasps of sympathy and much more.

It was also interesting to see the way in which the studio made the most efficient use of their time. For example, every two shows, Eddie would change suit and tie, and audience members would move around so as to give the illusion of different days!
The purpose of the excursion was to develop public speaking skills and to learn how industry experts create engaging entertainment.

Eddie McGuire was enthusiastic, confident and had an ability to develop quick rapport with everyone he interacted with. Eddie had a teleprompter in front of him, though he has developed his speaking skills to a point that he did not rely on it at all. He would occasionally glance at the screen, and then in his own words, paraphrase what the prompter suggested. This was an impressive skill. He never stuttered, ummed or ah’d.

If Eddie felt as though a line needed to be ‘cut’, he would simply mimic the gesture of scissors to the production staff and then continue from the top, with no mistakes.

It all happened so fast and it was inspiring to see a seasoned professional who was so good at his job.

We all learnt that Eddie McGuire is a fabulous public speaker and he communicates with other people really easily and he showed us the skills needed to be a great public speaker.

We experienced the benefits of having good communication skills and saw what we can use it for in the future.

We also snuck a peek at ‘A Current Affair’ doing some recording and also saw Shaun Micallef recording for his show ‘Talkin ‘Bout Your Generation’. 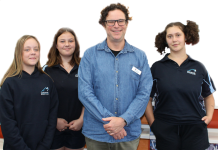