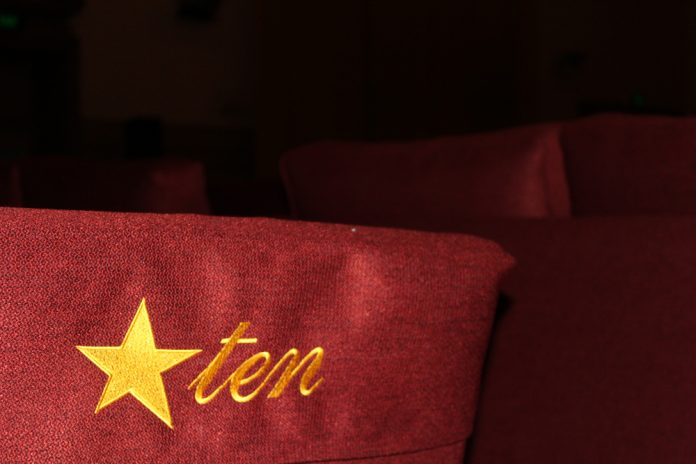 Since the last time we have spoken about the Star cinema, a whole bunch of new things have happened!

They’ve gotten new couches, the bar has had a refurbish, they do a monthly meal event before the screening of some new movies, and the Bums on Seats campaign is nearly a year old now.

The reason that they got new couches was because the old ones were too old (2 decades old to be more specific)! A lot of decisions had to be made on how they would get rid of them, like selling them, but they had no need ( and would you buy a two decade old couch?) So they thought to donate them, but where, so on Facebook the Star cinema team settled on giving them away, and the free couches went quicker than they thought! 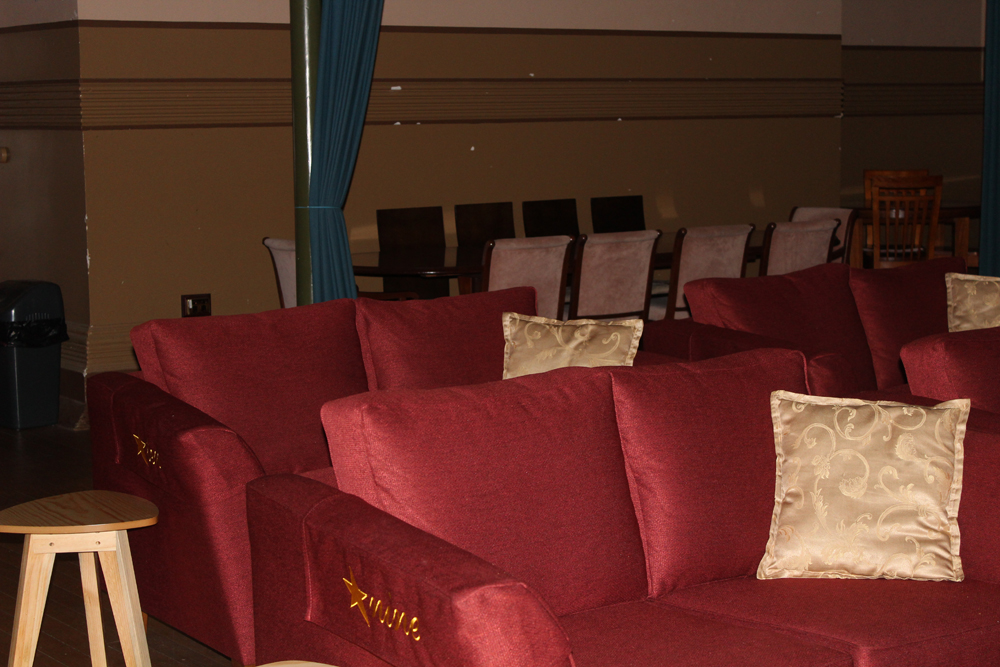 The best bit about the new couches which replaced the old ones is…you can get your name on them. This means yours (or someone else’s name you choose) can be permenantly on a couch – saying that though it doesn’t have to be a name, it can be some other writing or a date of significance and it only costs $400!

There are also new tables too (made by Access Studios). 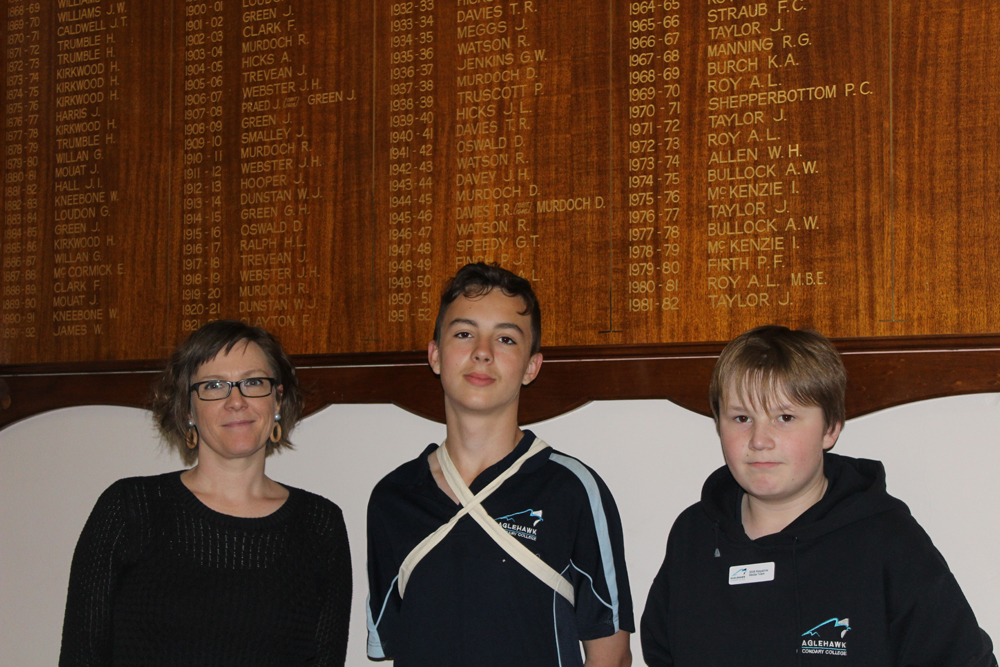 In the bar area the Star team has had some changes too, like the new carpet flooring, and amazing new ceiling to floor beautiful curtains, plus they have new food too! There are ice-cream sandwiches, chop tops and this beautiful tasting popcorn from a local supplier, and every month they do a meal before the movie screens and since we’re talking monthly every month they hand out a new program of what movies are playing. 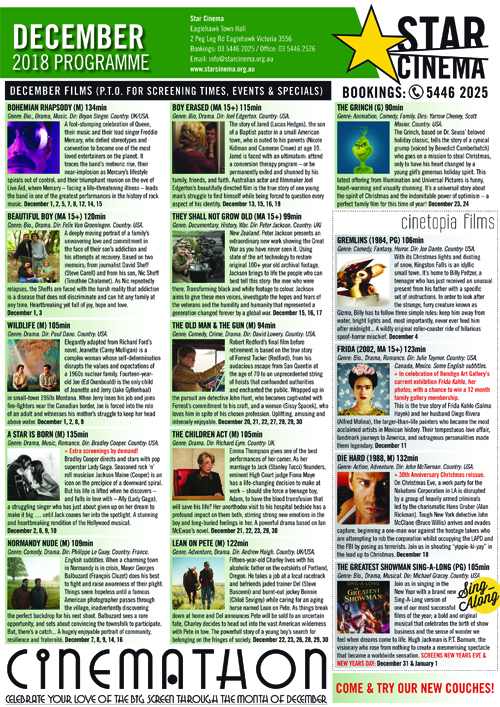 Here’s the program for December – be sure to check out some of the great films on show!