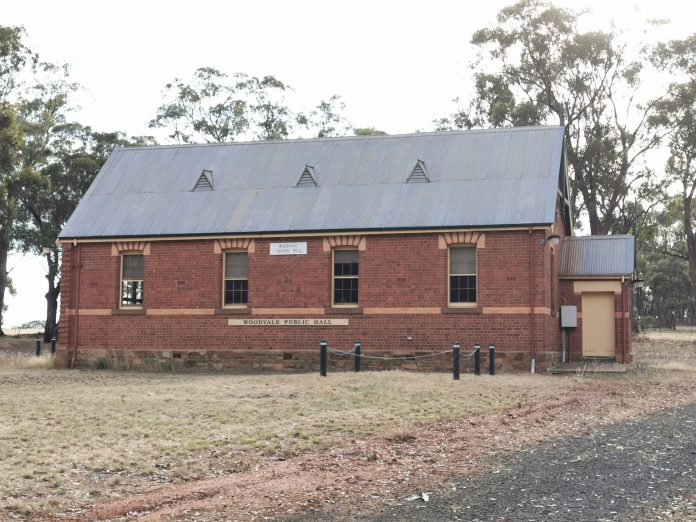 The iconic Woodvale Public Hall has been used for various functions throughout the decades but did you know that it used to be a school?!

We talked with Stephen whose grandmother Susan Flett attended the school with her seven siblings in the early 1900s.

The Woodvale Public Hall was erected in 1875 as the Nerring 1531 State School. It was constructed for £632 with bricks carted from the Eaglehawk brick kiln.

On June 1st 1875 the school opened and operated for 81 years. There used to be a tennis court and a wooden church nearby the school. The church blew down in the 1970s due to a storm. The school consisted of a single teacher, who taught the students all their subjects. There was also a seamstress who taught the girls how to sew. In the building are two long blackboards which were used by the teacher. One for the junior students, and the other for the senior.

Mr Fletcher, who was the headmaster and solo teacher during the time Susan attended the school, used to ride his hose and cart into
Woodvale from Eaglehawk. Apparently if the weather was horrible he would cart some of his pupils part of the way home so they didn’t have to walk all of the way. It’s remarkable that one person taught over 30 student’s English, mathematics, history, geography and every other subject – for all of the different year levels!

Before motorcars were invented (and until they were easily accessible) people were limited with their travel. It was impossible back then for people to take their children into a school that was moderately far away, so little schools were more common in areas such as Woodvale.
Susan and her siblings had to walk to and from school five days a week
– and then back there on Sundays to the neighboring church!

As time went on with declining enrollments and with transportation becoming more accessible, these little schools closed down as more people could send their children to the bigger schools. These old schools are precious insights into the early Australian family life! Thankfully the
Woodvale School was built out of brick and was saved by the committee.

In 1956 the state school closed as it was too expensive to run for the decreased amount of enrollements. Over the years it succumbed to damage but a committee was formed to repair and preserve this historical building. In 1993 local volunteers gave their time and labour in repairing the building and since it has been known as the Woodvale Public Hall and has been gradually renovated and improved on throughout the years.

Now it also houses an outside BBQ space, and extending on the
actual building is a kitchen and bathroom area – something the students would have wished for as during the time of the school there was no running water which meant the toilet was an old fashioned hole in the ground.

The Woodvale Public Hall is used to host birthdays, weddings, trivia nights, art classes and even is a registered voting location!

If you want to know more about the history of Woodvale feel free to get into contact with Ken Stent who is distributing a recently written book titled; ‘Woodvale: A Step Back In Time’.