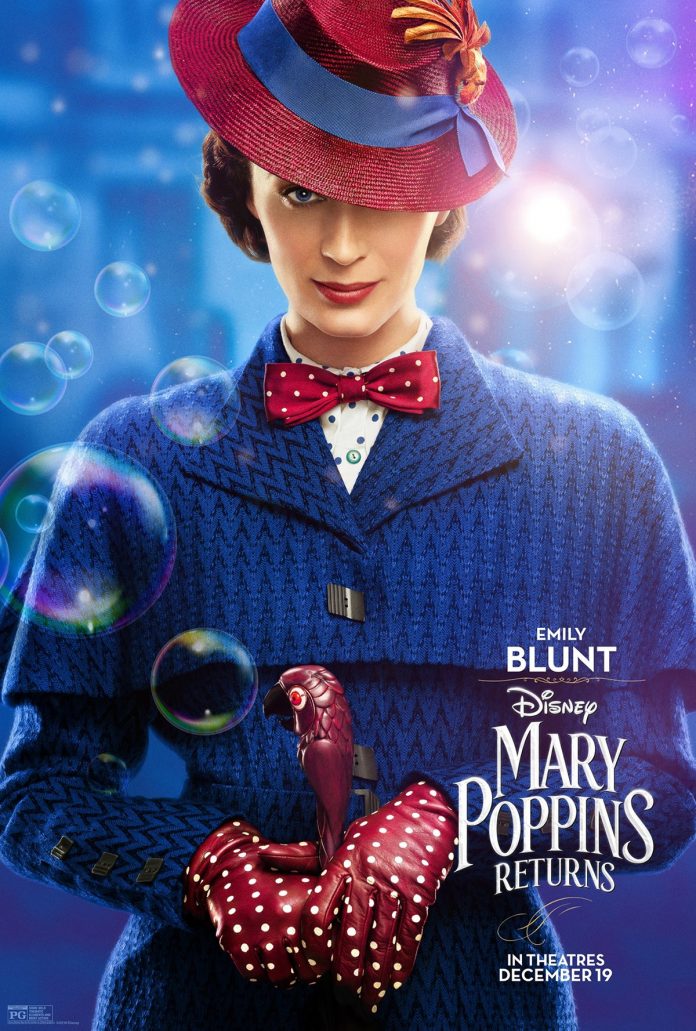 Mary Poppins Returns was a mix of animation and real life filming, which is a wondrous combination if done right.
This story follows Michael and Jane Banks as adults. After the death of his wife, Michael is struggling to cope and look after his three children with financial struggles and the possible loss of his house.
The one and only Mary Poppins appears and introduces a world of magic to the young children and helps Michael rediscover it.
Old and beloved characters such as Mr. Dawes Senior, Katie Nanna, and the hilarious Admiral Boom, and his first mate Mr. Binnacle made an appearance. In addition, what would a Mary Poppins movie be without our favourite chimney sweep Bert? The film also introduces a huge cast of new characters from the sly Fox to Mary’s upsidaisy cousin, a dog wearing a top hat and an evil banker. There were brilliant songs and dance numbers that made me want to sing and dance along. However, the best thing was they did not reinvent the characters and Mary still has her mischievous side. This is one, of very few, sequel that I have enjoyed as much as the original I grew up with.
I highly recommend watching this amazing film in the cinema; it really adds to the experience. It is definitely something I will rewatch with my family with its bright colours and an amazing soundtrack. It is a film for all ages and does justice to the first classic film. The one word to sum up this movie is Supercalifragilisticexpialidocious!