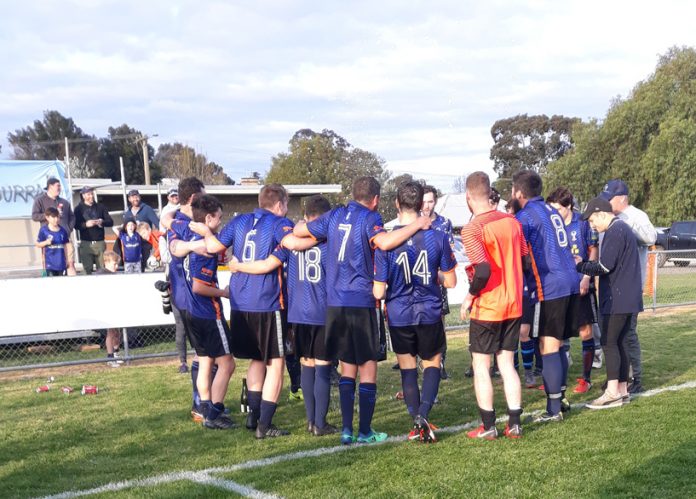 What are your plans for the club this year?
So we have a lot of plans, a lot of it has been centred around junior development. Trying to enhance the junior part of the club, we also aim to win more games in the seniors and continue being a premiership contender within the senior ranks as well. It’s all about a lot of development. We also have some infrastructure news, so we’ve got some new lighting, we are getting a security upgrade which will help everyone at the club and put the ground into top notch condition.
How are you looking to get junior players to continue to play in a higher level and what are the benefits for them?
We want all juniors to be playing at the best level that they can get to. To encourage them to do that we are trying to give them the best coaching that we can get them, which is not easy. You have to start off somewhere but the goal is that eventually we will have our coaches trained to a level so that they’re higher quality coaches and then the juniors can get the best out of themselves. With wanting them to continue playing at Eaglehawk that’s all about providing them with a club that they like going to and being at and if we can do that then we’re a long way ahead of where we were.
How do you sign up to play at FC Eaglehawk?
As a junior if you are new to the club we usually make an inquiry through the club’s website or through an email and from there you just register to play at FC Eaglehawk.
What has helped the Senior team previously to win the championships?
We have had high quality players who have all gelled together and it’s been a combination of the community, the players and the committee putting it all together and just making it work.
Are there any events being held at the club?
We’ve got a massive game where as part of the Naidoc week celebrations, we are lucky enough to be the first soccer team that’s allowed to play at the QEO in 30 years and that is in respect of our Indigenous and Torres Strait islander community members.
If families would like to come along to cheer on their local soccer team what times are games?
They vary – predominantly we’re playing mostly on Sundays at Truscott Reserve in California Gully but to find out you can simply just look up the Bendigo Amateur Soccer League website to see where we’re playing and what times.
How is the club continuing to be multicultural?
The Eaglehawk community as a whole is multicultural and we don’t discriminate so then in turn our club is multicultural. It’s just something that naturally occurs and we embrace it because we love the fact that we have many, many different cultures and communities in our club.
How do you run training sessions?
Junior and senior training sessions are all usually run by the coach or a manager. They usually focus on ball skills and then game play activities.

In the next edition, we speak to Brent Hamblin Senior Women’s coach & Division 1 captain.