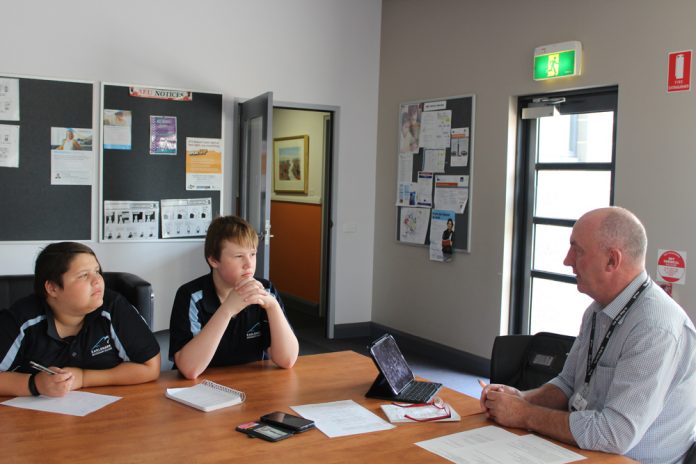 James Williams came up to the school early in term 1 during a very busy time for him (council was working on the budget!). 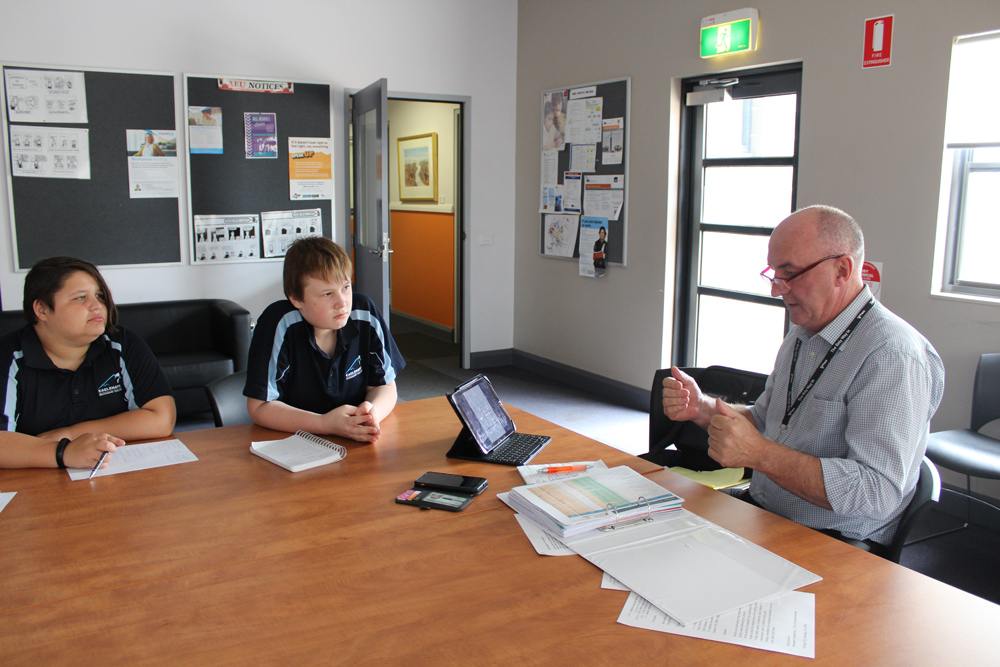 We talked about the following:

Upgrades or maintenance in 3556 area
*Albert Roy clubrooms are still being worked on.
*Small section of footpath over the railway line in Victoria Street is being repaired.
*Design has been completed on a proposed roundabout at the corner of Averys road and Jobs Gully road which will hopefully start this year.
* There has been a trial of a cycling track along Averys road where cars would normally park, residents could not park out in the street in front of their houses to allow safe route for cyclists. Hopefully offroad tracks and underpasses can be built to alleviate unsafe passages for cyclists.
*An upgrade to Calder Highway is planned from Eaglehawk road to Monsants road and out to Marong. This is to allow Bendigo to grow to the north and west.

* Major changes to Bendigo creek are planned. Two working groups are looking at how this will happen. Water quality, reengaging the Aboriginal community in the natural landscape and waste disposal/environmental improvements are all priorities.
*Upgrades to Bendigo Airport because Qantas is going to be flying from Bendigo to Sydney from April 2019.

CoGB Youth Council
The youth council has been appointed. They met for the first time in Feb. They will be a significant voice for young people in Bendigo acting as advisors to Council. They will be briefed on council matters twice a month and councillors will mentor them to help them to learn how to ask good questions and effectively go about their business. They will elect a youth mayor and deputy youth mayor. 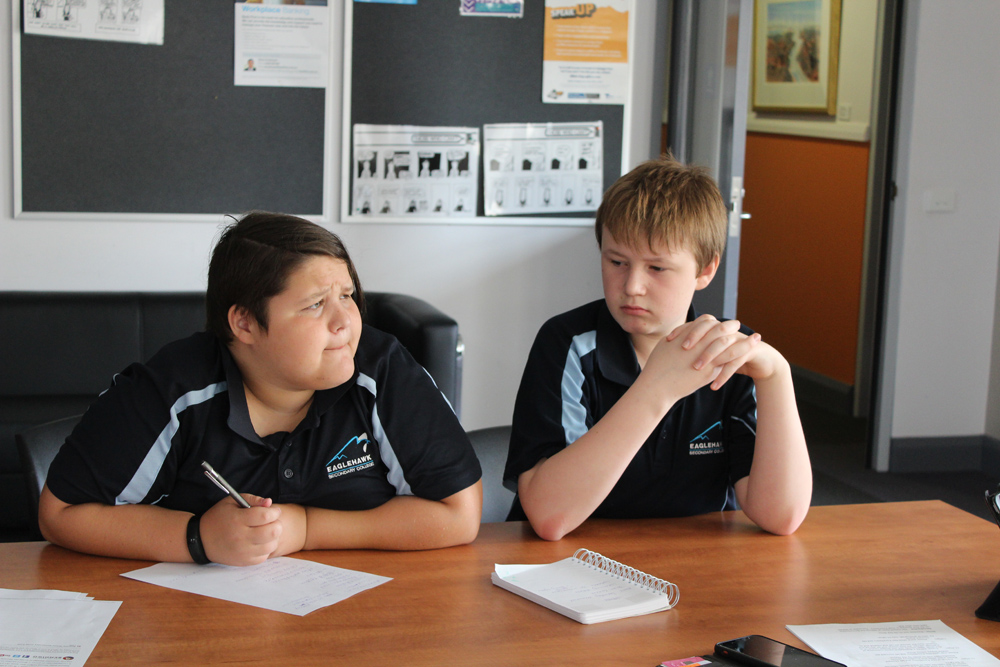 “Massive congratulations and thanks to the Dahlia and Arts Festival committee for their year-long commitment to putting on a great week of activties for Eaglehawk.’
Ten-Year Black Saturday Commemoration
A service was held to commemorate those who were affected by or died in the tragic fires that occurred throughout Victoria on Feb 7 2009, now known as Black Saturday.

The official community commemoration of the 10 year anniversary of the Black Saturday fires, in Feb 2019, was a very moving and well organised event and really showed how the community came together to support each other.

The commemoration event was held at the Bushfire Memorial at Victoria Hill on Marong road (opposite Gold Mines Hotel). The anniversary was a time to reflect and remember the 173 people who died in the bushfires across Victoria, and to learn about how the fires changed the lives of so many, and how communities have rebuilt. 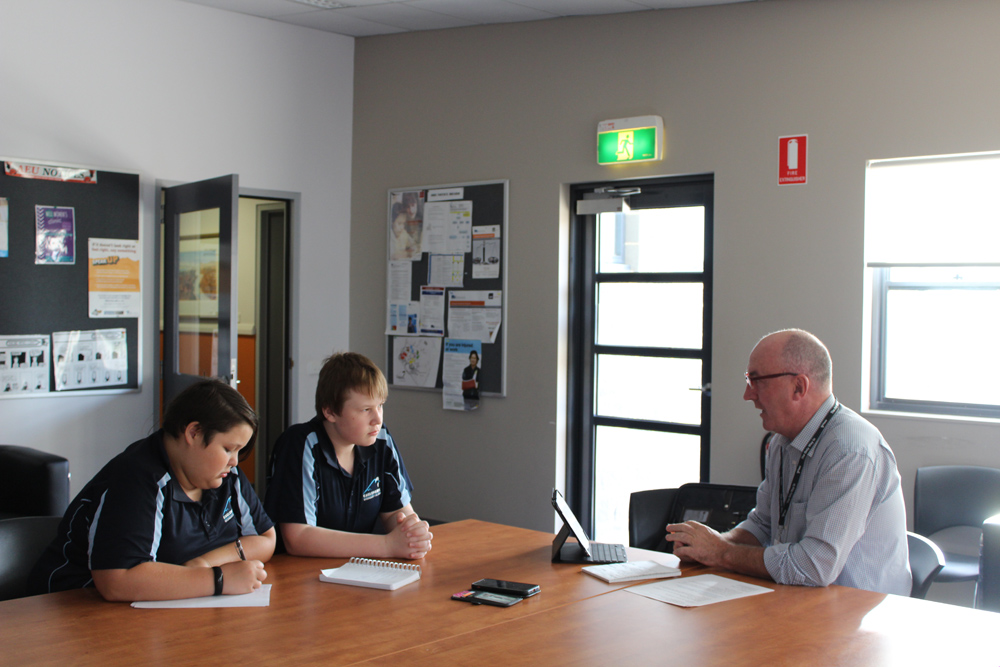 Eaglehawk resident Kevin ‘Mick’ Kane tragically lost his life to the fires. His sister spoke during the service. The Our Place Minstrels sang, a memorial tree was planted to honour Mick and children from Specimen Hill played federation bells.

Eighteen-year-old Jackson Epworth also spoke about his recollections of being a young boy at the time and how his family had recovered from losing their home.

Background to the fire:
Ten years ago, after years of drought and during catostrophic weather conditions, many fires burned across Victoria and one of the most horrific fires people of Bendigo have ever experienced occurred. It burned down and destroyed homes and lives in Long Gully, Eaglehawk, West Bendigo and Maiden Gully. An Emergency Communication Centre was opened in Bendigo Town Hall just for this. Over 780 people attended both the Kangaroo Flat relief centre and Eaglehawk recovery centre because of these fires. 600 to 700 people in Bendigo were affected. Sixty houses were destroyed in the fire. Sadly, one life was lost in Bendigo.